The Band have for many years had close connections with the Friends of Edward Carpenter group so when we were approached to play for the kick-off of the celebrations of LGBT+ history week at the Millenium Galleries in Sheffield, we were delighted to accept. There was also the mention of tea and cake but that had nothing to do with our decision, honest!

We were asked to put together a program of “cheesy pop” which gave us an ideal opportunity to play some of our favourite pieces that our MD David doesn’t normally allow to see the light of day as well as one or two of his personal favourites.

So as well as standards like “Any Dream Will Do”, we had some Bryan Adams (Everything I Do), Boy George and the Culture Club (Karma Chameleon), Queen (Crazy Little Thing Called Love), as well as a bit of ELO (a wonderful arrangement of Mr Blue Sky) and a new one to our repertoire this year (and first public outing) of 500 Miles by The Proclaimers.

It was a gig that left us all buzzing with excitement (or was it the caffeine and sugar rush?).

Either way, a great way to spend an hour or so on a Saturday morning with a wonderful audience. 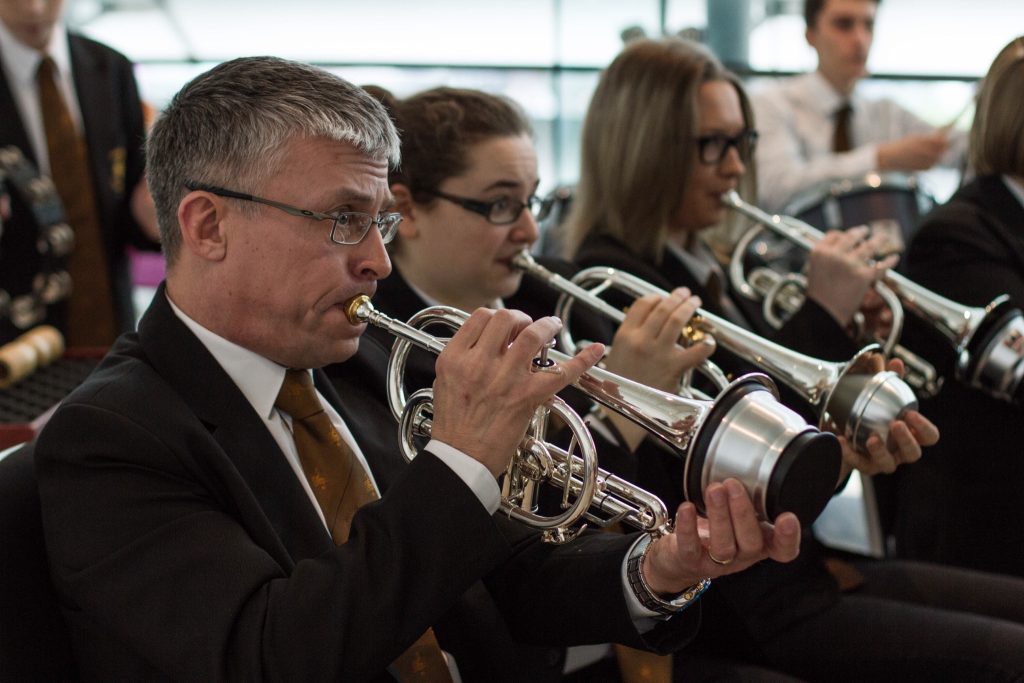